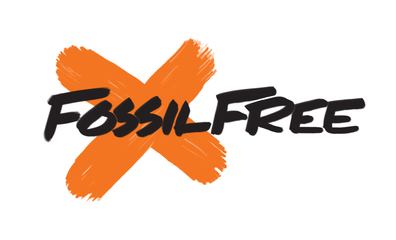 At Fossil Free Cal, we know that the fossil fuel industry is both driving catastrophic climate change and harming communities through the extraction and burning of coal, oil, and natural gas.  Our campus’s campaign is calling on UC Berkeley and the UC system to divest their commingled and direct holdings in the top 200 fossil fuel companies with the largest reserves of carbon. We expect and demand that the Berkeley Foundation and the UC Regents foster a future of opportunity for their students through not only their programs but their investment practices as well. Investing in climate chaos is not in line with any kind of viable future, and must stop.

Beyond the campaigns at each UC campus and the UC-wide campaign (Fossil Free UC), over 550 campaigns already exist at universities, cities, and religious institutions across North America, Europe, Australia, South Asia, and New Zealand, and momentum is only growing.

In 2013, the year the campaign launched, Fossil Free Cal had two big successes. We passed a student ballot initiative endorsing fossil fuel divestment with 73% of the student body’s support. In addition, the undergraduate academic senate passed a bill to divest its endowment from the fossil fuel industry and to endorse divestment at UC Berkeley and the UC system as a whole. Additionally, we became the first UC campus to pass a Graduate Assembly resolution in support of divestment on February 6, 2014.

In 2015, we had our first big win. On September 9, the UC announced that they had divested 200 million dollars from coal and tar sand companies. Now it's time to divest the rest.

As one of the leading public institutions in the world, we have the privilege and the responsibility to take action where we can influence change. You can find us on Facebook here. For more information on how to get involved, shoot us an email at info@fossilfreecal.org.